Whitchurch-on-Thames is a picturesque South Oxfordshire village with a population of about 800, lying within the Chilterns Area of Outstanding Natural Beauty. Most of the village is designated as a Conservation Area. We have an ancient church, a thriving primary school and two welcoming pubs. Our village is linked by a toll bridge across the River Thames to the shops and trains of Pangbourne in Berkshire. 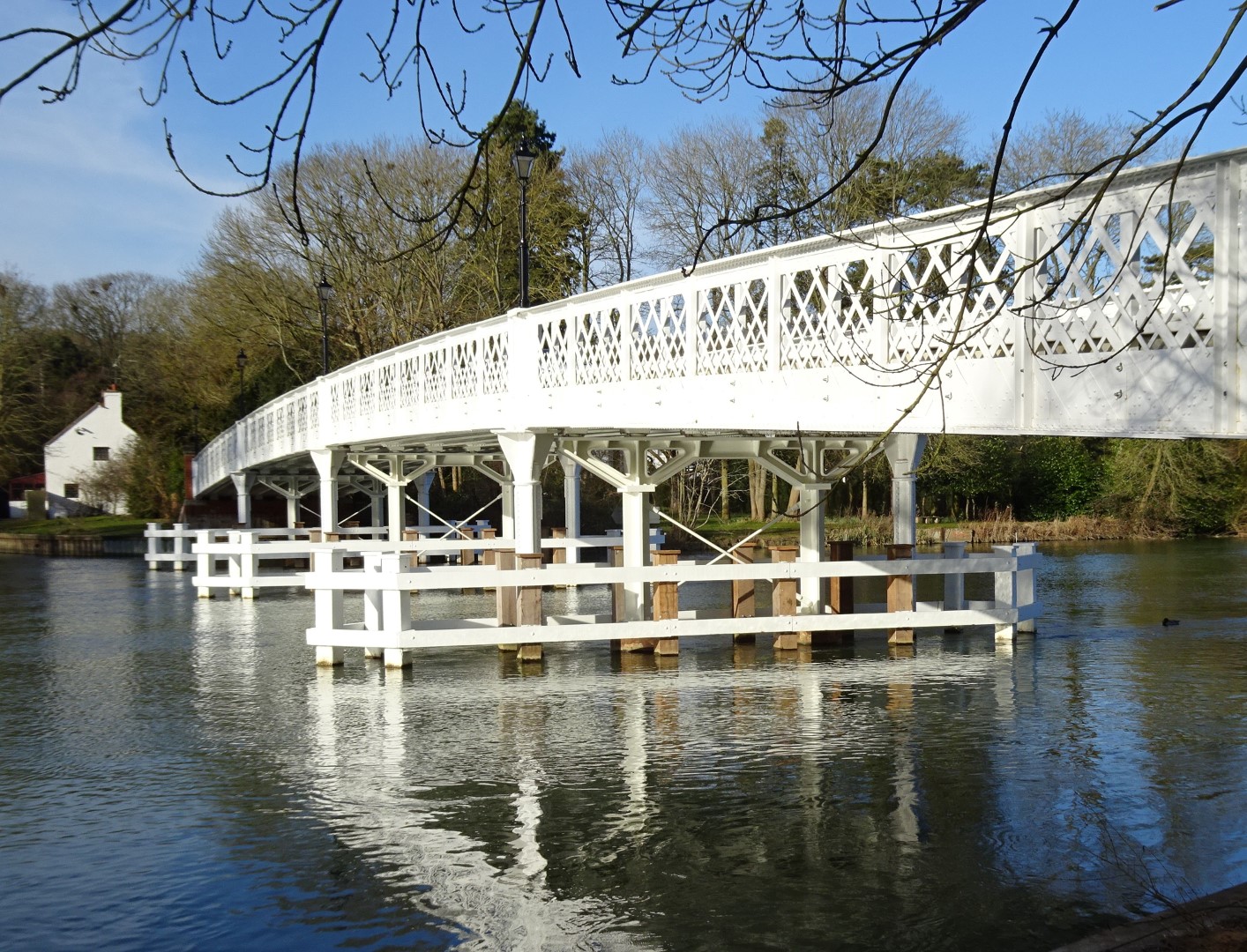 Since 1792 there has been a toll bridge across the Thames, linking Whitchurch-on-Thames in Oxfordshire with Pangbourne in Berkshire. The bridge that was built in 1902 was the third on the site and was Grade II listed.  In 2013-14 the structure was completely rebuilt, while preserving its appearance.

From 1792 to 2019 the bridge was owned and operated by The Company of Proprietors of Whitchurch Bridge. In 2019 the company was sold to the General Estates Company of Hythe, near Southampton.

The toll for a car to use the bridge is 60p each way, or 40p for regular users who buy a bridge card.

There is plenty more information about the bridge – start at this page.

A warm welcome awaits you in the village's two pubs, The Ferryboat and the Greyhound.

The Ferryboat Country Pub & Restaurant, on the High Street near the toll bridge, is managed by Graham Dednum.  Head chef Ramon runs the bistro-style restaurant.  Please see their website for opening times and menus. Closed on Mondays. Tel: 0118 984 2161 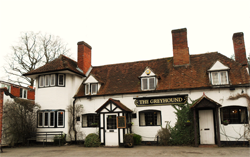 is on the High Street at the corner of Eastfield Lane (RG8 7EL) and is now managed by Oak Taverns, a family run pub company based in Thame. Please see their FaceBook page.   Email: greyhound@oaktaverns.co.uk. 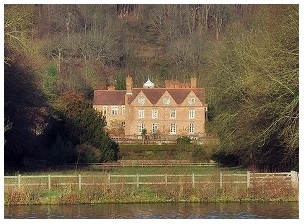 The privately-owned Hardwick Estate is set in woodlands leading down to the Thames on the eastern side of Whitchurch.  The history, information about how the farm is run organically, events at Hardwick House are all detailed in their website. Recent forestry activity on the estate is explained in a photo page which appeared on the Whitchurch Web in April 2020.

There is an interesting hollow in the woods above the Hardwick Stud, sometimes referred to as the ‘bear pit’. A new illustrated article attempts to tease out the puzzle (March 2021). 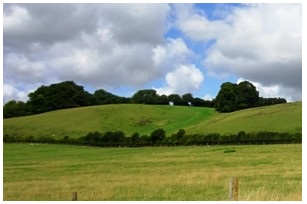 Our Iron Age predecessors felt the need to establish a defended area on the chalk hills to the north of Hardwick Road. Traces of the perimeter ramparts can still be made out above the slopes now grazed by alpacas. Find out more here. 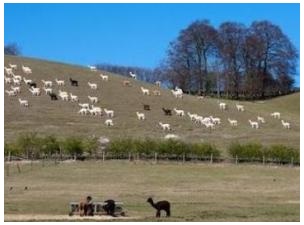 In fields on both sides of Hardwick Road large numbers of alpacas can be seen. Bozedown Alpacas, founded in 1989, is one of the largest alpaca breeding and stud centres in the country. 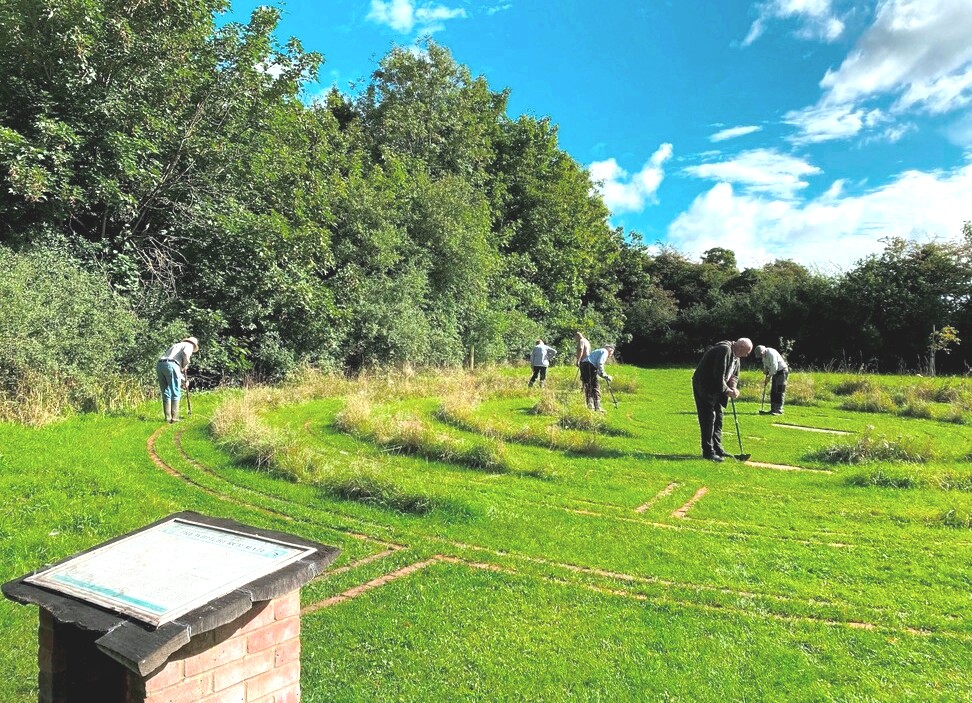 Installed in 2004, the Maze can be found at the eastern end of the village off Muddy Lane, south of Hardwick Road. Surrounded by a variety of native trees and shrubs and with a sundial at its centre, this is a haven for wildlife and picnickers.

A comprehensive Guide to the Maze was first published in February 2021. This lists all the names on the engraved bricks that form the maze pathways and shows how to find them. 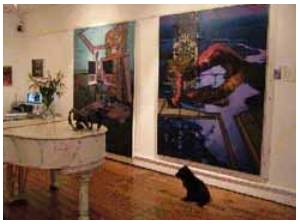 In the High Street, the village shop of earlier times is now Modern Artists Gallery and has a display of contemporary art on two floors. 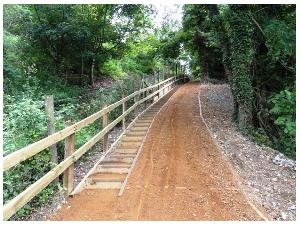 The scenic Hartslock Bridleway links Whitchurch with Goring.  This article describes its ancient role as the Tuddingway and tells the story of new steps on a slippery slope. There is also an article by Pat Preece, published in Oxfordshire Local History in 2006. 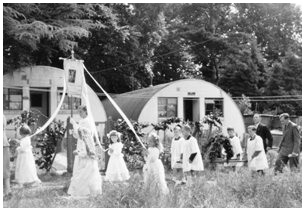 Anna Szczeponek arrived in Whitchurch shortly after World War Two as the young child of Polish refugee parents and has lived here ever since. Read her story of community life among the Nissen huts of the Coombe Park refugee camp, and contributions by others, on the Polish Church Garden page. 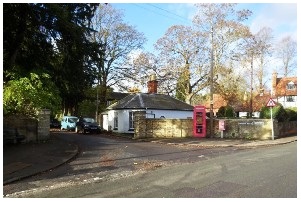 One of the striking features of Whitchurch High Street is the variety of brick walls. These include several elegant bell mouth entrances. Read about them here. 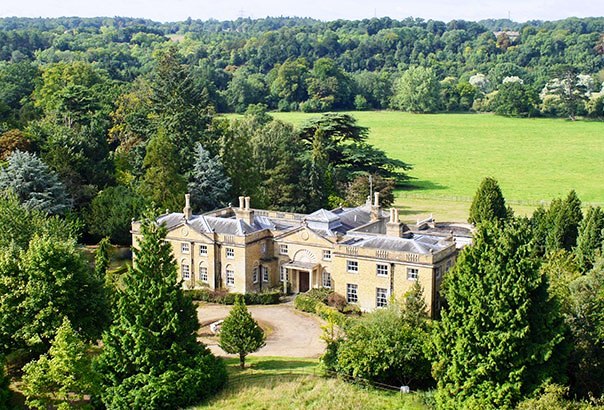 The privately-owned Coombe Park estate, situated to the west of the village, dates back to 1795 when the first house was built by the Gardiner family.  The estate has had many owners and after a recent period of dereliction there is now a possibility of recovery.  Read its story here. 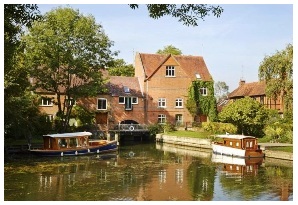 An ancient watermill through which a portion of the Thames flow has passed for over 900 years can be seen from the toll bridge. It provided power to grind corn and produce flour. More about the mill here.

Whitchurch Lock is one of forty-five locks on the Thames. Sadly, it is thought to be the only lock on the Thames that cannot be accessed on foot, only by boat!