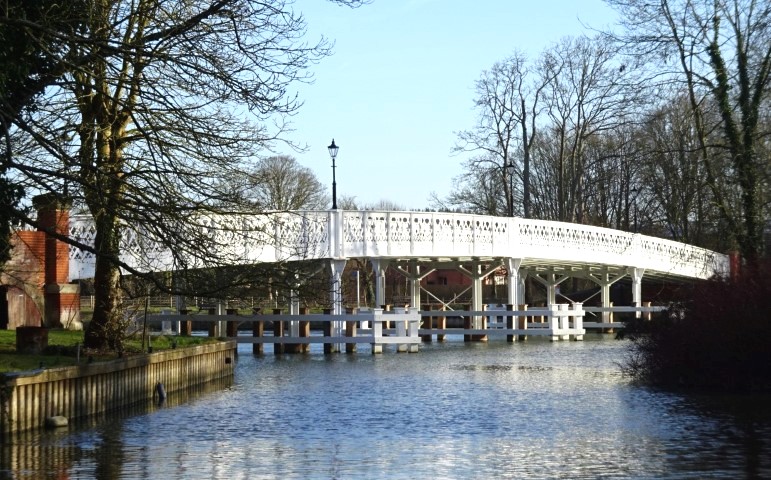 The Whitchurch Bridge carries the B471 over the River Thames between Pangbourne in Berkshire and Whitchurch in Oxfordshire.  It is a Grade II listed structure and lies within the Whitchurch-on-Thames Conservation Area and the Chilterns Area of Outstanding Natural Beauty.

The cash toll for cars is 60p per crossing.  Regular users can buy a bridge card, reducing the toll to 42.5p.  There is no charge for pedestrians, cyclists or motorcyclists.

The bridge is subject to an environmental weight limit of 7.5 tonnes, as is the B471 through Whitchurch.  Access for large vehicles to the bridge is restricted by a low railway over-bridge (11 feet headroom) on the approach road in Pangbourne.

The first bridge across the Thames here was built in 1792 by a group of enterprising local residents.  The ferryman was compensated for the loss of his business by a payment of £350.

The timber bridge lasted for 60 years and was re-built in 1853, again in timber (photo, above, 1871). After a further half century it was replaced by an iron bridge in 1902.  This survived for 101 years before the Grade II listed structure was completely rebuilt in 2013-14, while maintaining the elegant appearance of the white-painted structure.

From 1792 to 2019 the bridge was owned and operated under Acts of Parliament of 1792 and 1988 by the privately owned Company of Proprietors of Whitchurch Bridge. The Whitchurch Bridge Act of 1792 required a bridge to be provided in perpetuity, owned and operated by the company, with powers to collect tolls to pay for the bridge.  In 2019 the company was bought by the General Estates Company Ltd of Hythe, near Southampton, which had been one of its shareholders for the previous 90 years.

On this website there is a wealth of information about the toll bridge: 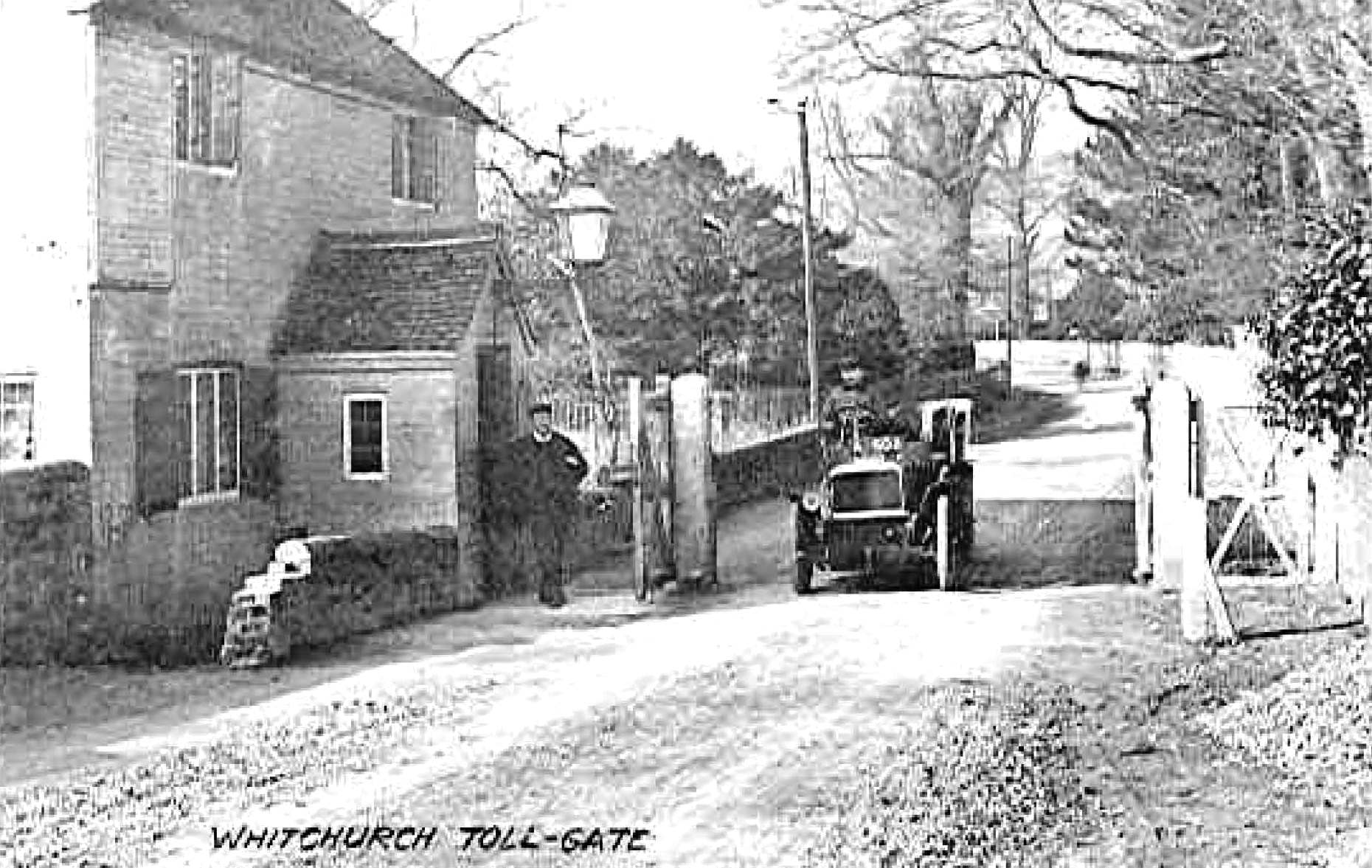 An early motor car passes through the toll gate. 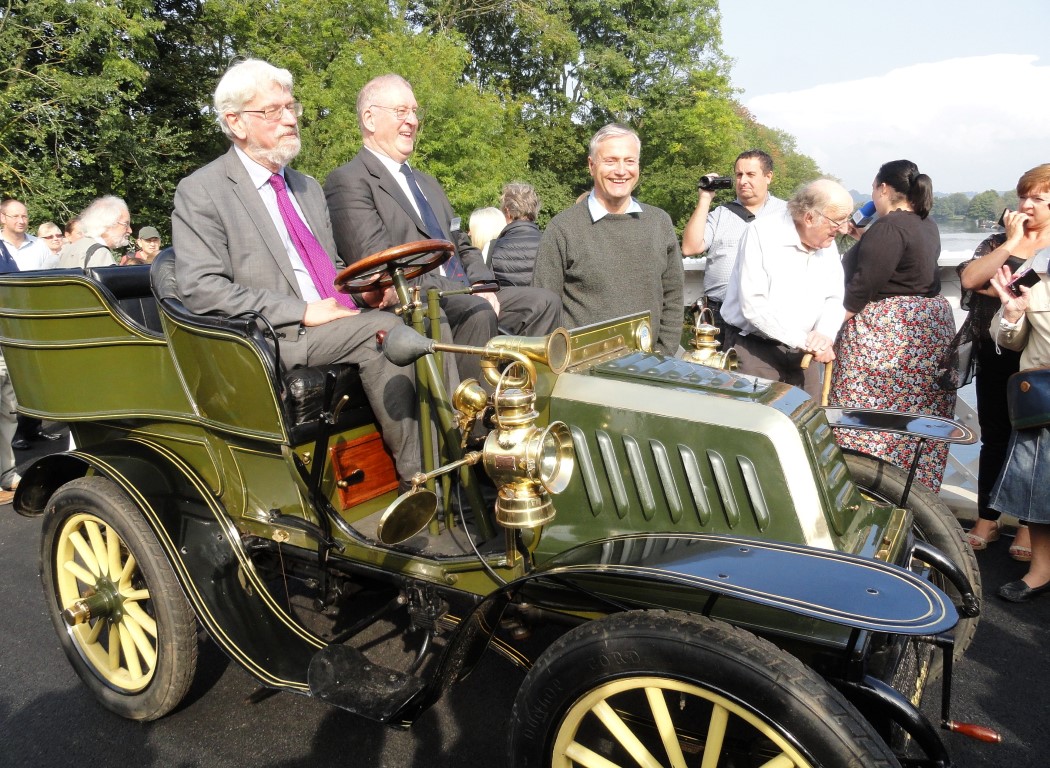 At the opening celebrations for the reconstructed bridge on 19th September 2014, two directors of the Whitchurch Bridge Company, Mike Beckley and Geoff Weir, are seen here in a 1902 De Dion Bouton.