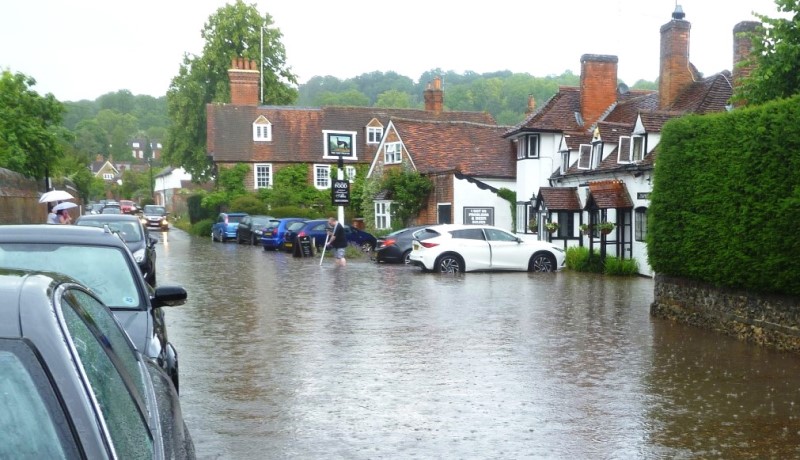 Flooding in the village June 2020

Parts of Whitchurch on Thames have suffered over the years from occasional flooding. There are two different kinds. One is river flooding from the Thames, a slow process with one or two days of warning beforehand and a water level that tends to stay high for several days. The other is flash flooding, caused by exceptionally heavy local rainfall, which can rapidly cause pooling in the centre of the village, without warning, and lasts for only a short time.

During and after each of these events, village residents John Southey and Richard Wingfield spent time investigating, writing up and collating information of potential use to the village in future flood events. They have assembled this information, which includes recommendations, in three documents:

Among other discoveries, the secrets of a mysterious culvert that conveys a historic village watercourse across the High Street and beneath The Greyhound have gradually emerged. Investigations using CCTV, together with remedial measures for drainage, are continuing at the time of writing with the active involvement of Oxfordshire County Council and South Oxfordshire District Council.