A second informal consultation was held on line on Thursday 3rd September 2020. The minutes are now available.

TAPAG released three briefing documents prior to the meeting.  They can be consulted here:

The Traffic and Parking Action Group (TAPAG) is advising the Parish Council on ways to solve the problem. Its Terms of Reference were adopted in September 2019. The members of the group are listed on the Points of Contact page. It is an advisory working group rather than a parish council committee and therefore its meetings are not open to the public, nor its minutes circulated beyond the Parish Council.

A recent update is available in the draft minutes of the Parish Council meeting of 9th July 2020, quoted here:

Will Barclay, the Chairman of TAPAG, circulated the feedback from the Open Day. He said that TAPAG was now proposing to extend the double yellow lines to other parts of the village to address any impact of the restrictions on the High Street that may impact parking overflow on other streets which was raised as a concern by some residents providing feedback on the proposal. This includes adding yellow lines at the High Street near the Toll bridge, from the Ferry Boat to Mill Lane and also on Manor Road in certain places to ensure parking did not excessively impact traffic there. They looked at Eastfield lane parking restrictions but didn’t feel yellow lines were feasible there. It made sense to add these changes to the proposal, but we should wait until after the follow-on Open Day as it would not be cost effective to ask Mode to modify their proposal multiple times. If TAPAG went back to Mode Consultants for another public consultation, it would cost another £3,120.

A councillor suggested staged implementation of the parking restrictions rather than in one all go in order to understand the consequences of the proposal Other councillors felt it would be more cost effective to at least include all the yellow lines in one go as there were also additional phases in the overall traffic and parking improvement strategy. It was TAPAG’s goal to achieve residents’ parking only in a follow-on phase. It was suggested that it would be easier to obtain SODC’s permission for resident’s parking if yellow lines were already down. This way, parking could be clearly enforceable. If there were no clear markings on the road, it would be unlikely that SODC would pay court fees to defend any challenges made for parking fines. The Parish Council confirmed their support for future phases of residents parking and a 20-mile speed limit.

A councillor expressed concern that the Council was responsible for public finances and the original budget was for the double yellow line proposal to be done in one action and not in multiple stages. Actioning the proposal in stages would not be cost effective. The proposal was drawn up by professional, approved by OCC and all the appropriate due diligence had been carried out.

Resolution: TAPAG will send a written response to the 30 questions raised by residents objecting to the proposal in the next week. TAPAG would also invite villagers for a second and last Open Day in September. This would be published in the upcoming Village Bulletin. Detailed proposals would be published online at least two weeks in advance of the Open Day to ensure all could review it in time.

In recent years the connected problems of traffic congestion in the High Street and unregulated parking have become of increasing concern. The issue was listed as the No 1 priority for residents consulted in the 2019 Village Plan: "1. Manage parking better to improve traffic flow, without making parking more difficult for residents (yellow lines, parking bays, residents parking)".

Following a traffic study and discussions with OCC Highways an outline plan was produced by TAPAG. The options were then assessed by MODE Consultants. An Open Day was held in the Village Hall in 2019, to present the proposals to residents. The display boards included plans showing the locations of double yellow lines and parking bays. Residents were invited to approve or comment. Subsequently a number of objectors met and submitted further comments. 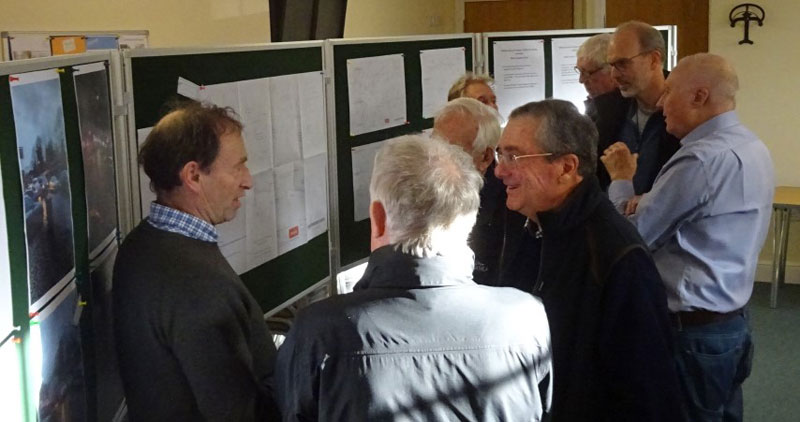